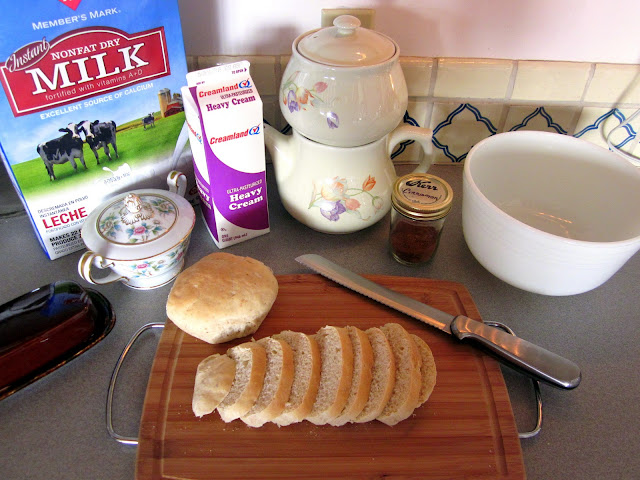 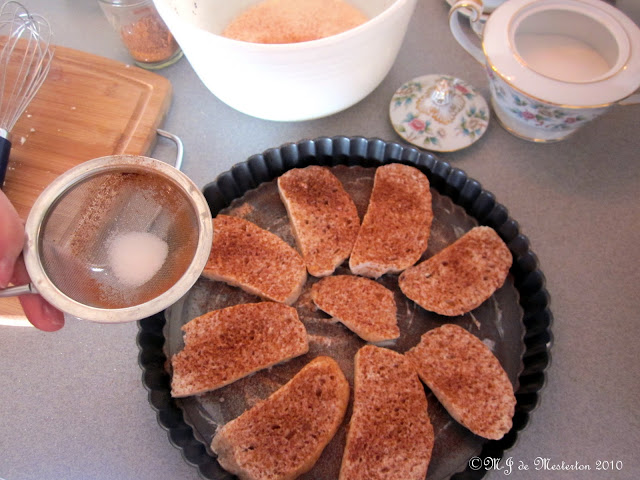 The method and ingredients for making baked cinnamon toast are simple,
and can be adjusted to your taste.
I soak some day-old home-made bread in milk, cream, a dash of salt, cinnamon and sweetener for a half-minute, sprinkle with cinnamon and sugar, then bake it on a buttered baking sheet in a low oven (250*) until lightly browned and dry. Let it sit overnight in the oven for a real crunch. Optionally, you can remove the toast after baking it for an hour, and re-coat it in the milk, cream and cinnamon batter, sprinkle it again with cinnamon and sugar, then bake again for as long as you believe necessary. This toast is usually dunked into coffee, as it is meant to be very crunchy.
©M-J de Mesterton 2010 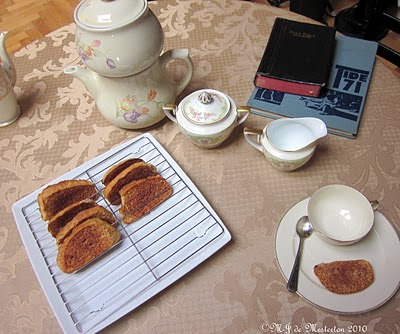