January 04, 2011
I eat celery and grapefruit every day, so finding this article today in Natural News by Mike Adams was a confirmation of why I believe that they are so health-promoting:
The Top Five Negative-Calorie Health Foods

I wrote this about Grapefruit in November last year: Elegant, Health-Promoting Grapefruit 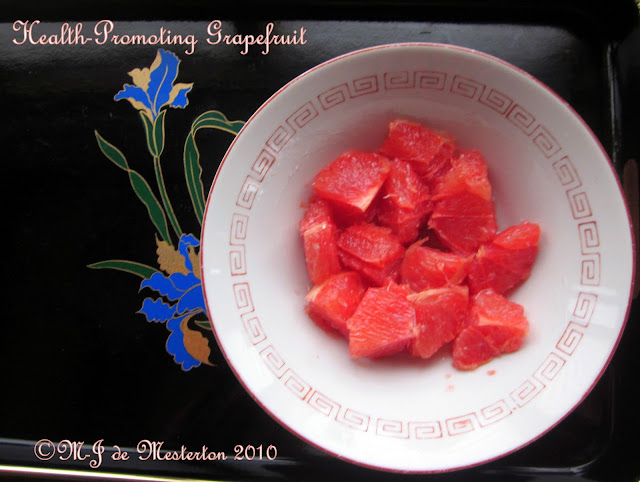 Grapefruit is a beautiful part of a healthy, elegant breakfast. Peeled and cut into sections, then drizzled with a bit of honey and a few grains of sugar, this lucky grapefruit is ready to eat in my antique Japanese Export bowl. 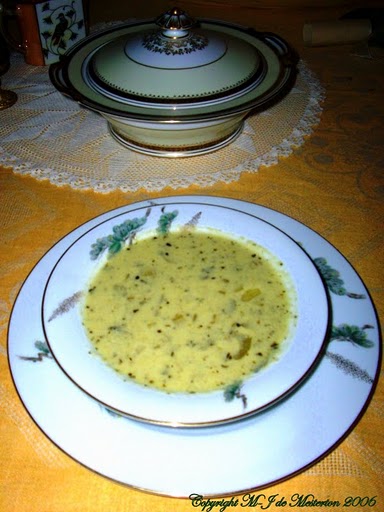 Wash thoroughly a whole head of celery, by cutting the bottom off and bathing the stalks in a sinkful of water. With French chef’s knife, chop finely. Include the celery leaves, which are packed with flavour. In a large pot, melt two tablespoons of butter. Put the chopped celery in, and add a teaspooon of salt, one half-teaspoon of cumin, and freshly ground black pepper to taste. Saute until bright green and almost soft. Stir in a tablespoon of cornstarch (cornflour), which has seven grams of carbs. Saute for two more minutes, and then add one cup of cream and two cups of water. Simmer for ten minutes. Serves six. This soup is a good accompaniment to croques monsieurs for luncheon.
~~Copyright M-J de Mesterton, February 2007
celery cream of Celery Soup Elegant Grapefruit grapefruit Lycopene M-J's Celery Soup Mike Adams Sun Protection Top Negative Calorie Foods Weight Control Weight Loss