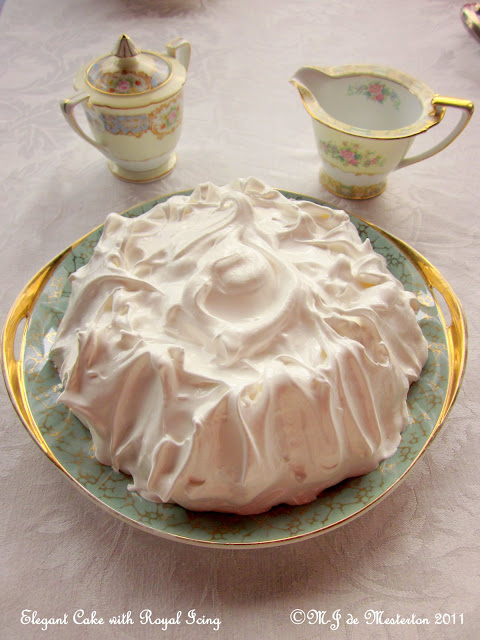 Royal or "seven-minute" icing is cooked in the top level of a double-boiler. This classic, elegant frosting recipe contains four egg-whites, three cups of granulated white sugar, two tablespoons of light corn syrup (Karo brand), a dash of salt, and two-thirds-cup of water. An electric mixer is employed while water simmers underneath the bowl or double-boiler top. I use a Pyrex mixing bowl with handles, hooked up over a Creuset dutch oven. Beat the mixture until stiff peaks form. Frost a cooled cake with it five minutes after the icing has been removed from the cooker.
©M-J de Mesterton 2011