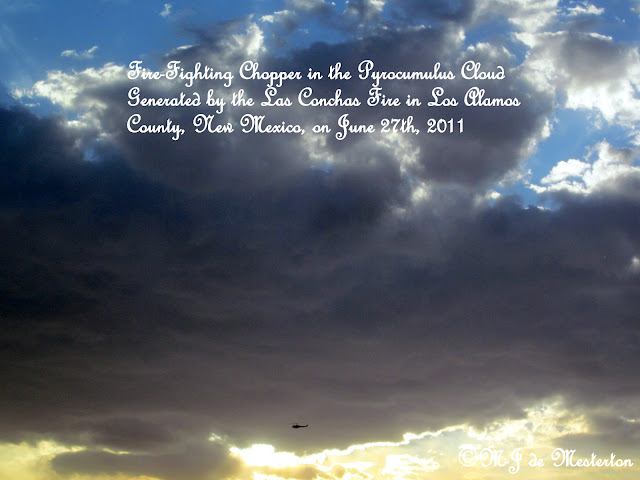 A Normal Evening in Santa Fe, before the Fires 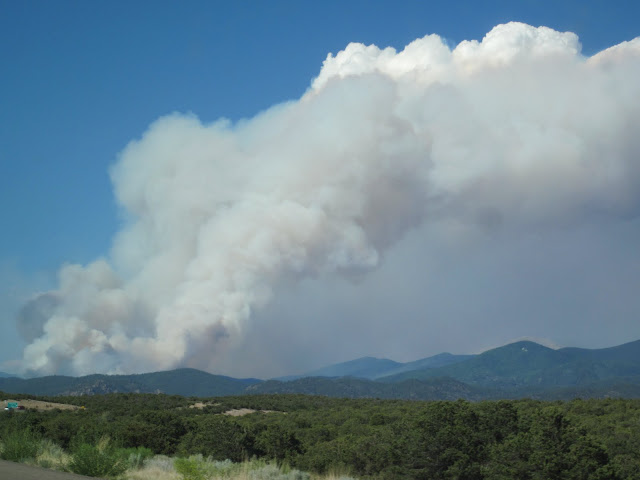 The Same Mountains, Now on Fire
NM Wildfire Information is updated regularly at
http://nmfireinfo.wordpress.com/
First there was the Wallow Fire in Arizona, sending heavy smoke into New Mexico for many weeks. No sooner did the effects of that forest fire dissipate than new fires sprang up in Santa Fe National Forest and now in nearby Los Alamos. The Santa Fe fire is believed to have been started by campers or Recreational Vehicles' hot mufflers while they are parked.

The Los Alamos fire is thought by some, though still under investigation, to have been started by a power-line being downed by high winds during the past weekend.

Fireworks are being discouraged for Independence Day, because New Mexico is in the midst of its worst drought in fifty years. Winds have been gusting at around 30 mph and often up to 60 mph almost daily for  four months, and with June temperatures in the 90s, this makes for very high fire danger. Anyone who is the least bit careless with incendiaries, including cigarettes and barbecues, is literally playing with fire.