The Coming Tyranny: While You Were Occupying Wall Street 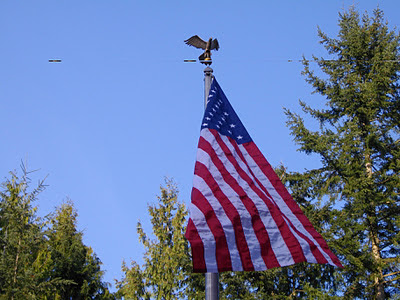 Long May It Wave Good-Bye?

The U.S. has Fought Tyrants in the Past, but Now We Have Seen the Enemy, and It Is Occupying Senate

If you thought government agents with guns going into the Gibson Guitar factory because they were crafting them from wood was frightening, but believed that nothing of the sort could happen to you, think again. A bill which will be voted upon in the senate on Monday, November 28th, 2011 has the potential, if passed, to turn the U.S. into something more evil and oppressive than the USSR and Third Reich combined.
This bill is terrifying–and Senators Lindsey Graham, John McCain (Republican--Arizona), Carl Levin (Democrat--Michigan) and some other “leaders” are for it! In fact, McCain and Levin wrote the bill.
A U.S. citizen may be labelled a “Domestic Terrorist” and locked-up without trial, just for using cash, and participating in various other innocuous, American Activities.
“The Senate is going to vote on whether Congress will give this president—and every future president — the power to order the military to pick up and imprison without charge or trial civilians anywhere in the world. The power is so broad that even U.S. citizens could be swept up by the military and the military could be used far from any battlefield, even within the United States itself,” writes Chris Anders of the ACLU Washington Legislative Office.
The ‘Worldwide Indefinite Detention without Charge or Trial’ provision of S.1867, also known as the National Defense Authorization Act, which  shall be up for a vote in the Senate on Monday, Nov. 28th 2011, states that “the homeland is part of the battlefield,” said Sen. Lindsey Graham (Republican--South Carolina)
Senator Mark Udall (Democrat--Colorado) and the ACLU are working to protect Americans from this proposed tyranny. If the bill is passed, there will be no Life, Liberty, and therefore you can forget about The Pursuit of Happiness in a formerly great, benevolent nation.
Elegant Survival Movie Recommendations: Dr. Zhivago, All Through the Night, and The Sound of Music
Related Articles from the Worldwide Web:
Click Here to Read M-J's Main Website, Elegant Survival
Labels: Freedom's Last Gasp S 1867 Senate Bill Waives Rights Tyranny Coming Who Ordered the News Blackout