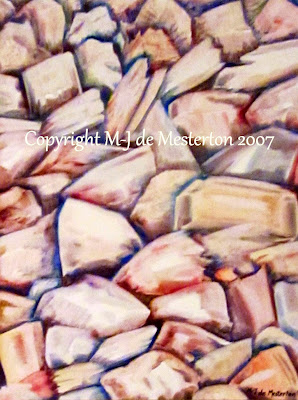 I once cured my husband, who has been malarial since his operations in Africa, of a devastating cold/cough/fever/flu. I fed him sliced ginger in honey a few times a day, cayenne capsules, various herbal tisanes, aspirin and Theraflu. Whenever we get a hint of a tickle in our throats, or wake up with a full-fledged sore throat, we gargle with salt, take Zicam, Airborne in a glass of water,  and eat a lot of ginger. Neither of us has had a cold since that aforementioned worrisome time. A trip to the doctor will do no good for the common cold. We would never dream of plugging up the already-jammed waiting rooms for such a malady, and antibiotics do nothing for viruses. Even Tamiflu only shortens the duration of influenza by a day or so. Here is a well-known trick to ward off a nascent cold: put hydrogen peroxide in the ears. If one is not averse to sugar, keeping a jar full of candied ginger is a good idea. That way, you can pop a piece whenever you feel a bit down. A better way to ingest ginger is to slice it fresh and mix it with honey, another a germ-killer. Is ginger a panacea? No, but it certainly enhances general health, as do hot peppers, because they create an environment in which viruses seldom thrive. Raw garlic works, you say? It may make you well, but it will make your friends sick. Remember to have salt, honey, ginger, hydrogen peroxide and red pepper in the pantry during this winter to stuff a cold or influenza infection in its beginning stages, so that you can get well sooner.
©M-J de Mesterton, 2006--2013
Labels: Common Cold Cures Elegant Survival Health Gargle Salt Ginger Health Benefits Salt Health Tips Himalayan Salt Painting Hydrogen Peroxide Rhinovirus remedies Staying Healthy in Winter